Can You Go to Jail for a Traffic Violation? 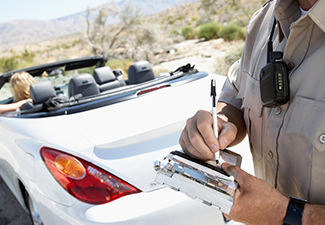 The term “traffic violation” can be used for many different scenarios in the state of Missouri. There are both moving violations and non-moving violations. Moving violations are often considered the more serious of the two and can result in more severe punishments. Although some people do not take traffic tickets as seriously as other crimes, they can come with consequences that can affect your everyday life.

That is why former prosecutor Michael J Englert, Attorney at Law is dedicated to providing reliable representation to those dealing with traffic-related issues. If you received a speeding ticket, DUI, or non-moving violation in Independence, Blue Springs, or Lee’s Summit, Missouri, contact criminal defense attorney Micheal Englert and set up a free consultation of your case.

Each infraction that you are liable for can result in a certain amount of points being added to your driver’s license.

Missouri’s Department of Revenue’s License Bureau will suspend your diver’s license if you accumulate eight or more points in an 18-month period.

They will also revoke your Missouri driver’s license for one year if you rack up:

While the point system does not affect any jail time, you may still receive fines. A high accumulation of points can also seriously mess with your everyday life. Criminal defense attorney Englert is here to represent you when facing the loss of your Missouri driver’s license. Contact him for a free consultation in Independence, Missouri.

Consequences of Ignoring a Traffic Ticket

Along with the penalties listed above, if you choose to not pay your traffic ticket or not have a criminal defense attorney fight the citation, you can end up facing more severe consequences. Along with the fines that you were issued, you can be charged additional fines and you may have your driver’s license suspended or revoked.

A judge can also issue a bench warrant, meaning, if you are pulled over again or have any other encounter with a police officer, they will arrest you. That is why you should always have a criminal defense attorney handle your traffic violations. Attorney Englert is located in Independence, Missouri, and also serves Lee’s Summit and Blue Springs.

There are a few traffic violations that can result in jail or prison time. If you are convicted of a DUI in the state of Missouri, you can be sentenced to up to six months in jail for the first offense, one year for the second offense, and four years for the third and any subsequent offenses. Along with jail time, you can receive hefty fines and the loss of your driver’s license.

You can also be arrested if you were involved in a hit & run. A hit & run is a wobbler, meaning it can be charged as either a misdemeanor or a felony depending on the severity of the incident. This crime is punishable by up to four years in jail and other consequences. Do not face DUIs, hit & runs, or other traffic violations alone. Protect your rights today and call Michael J Englert, Attorney at Law in Independence, Missouri for help.

Speak to a Traffic Attorney Today

Depending on the crime, you could face some time in jail along with fines, loss of driver’s license, and other penalties. Michael J Englert, Attorney at Law is here to protect your rights and fight for you when accused of traffic violations. Get in contact with Attorney Englert today and schedule your free consultation. He serves the areas of Independence, Blue Springs, and Lee’s Summit, Missouri.

Should I Still Hire an Attorney if I Think I’m Guilty Understanding Search and Seizure Laws in Missouri Can You Go to Jail for a Traffic Violation? Fighting a Restraining Order